Birth of a Brand: Mercedes and More 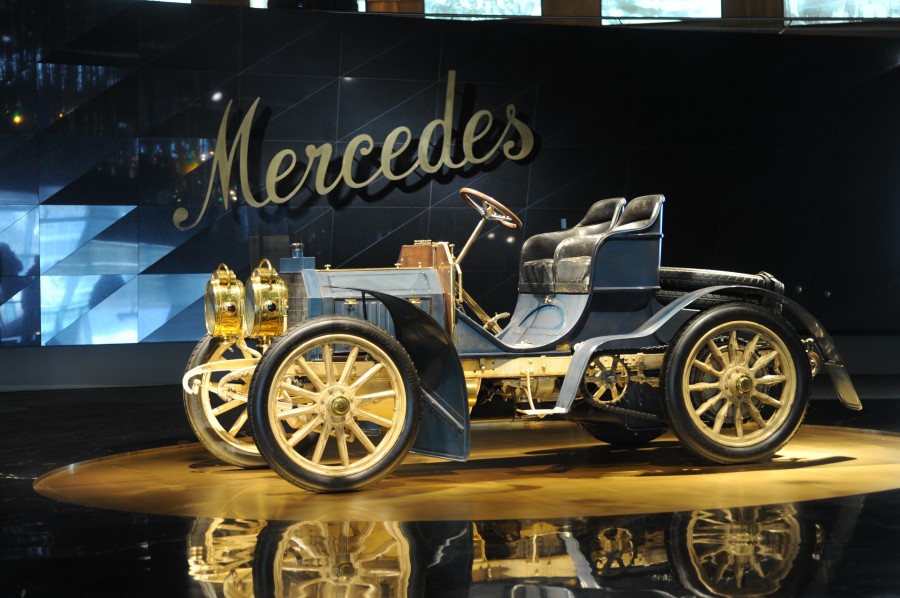 In the beginning, in Germany, two men who would be rivals for more than 30 years--Gottlieb Daimler and Karl Benz--competed with each other as they independently went about developing their respective motor cars. A merger of the two companies occurred in l926. Prior to that time, according to company history, the name Mercedes came in l898 when Daimler agreed to name his cars after the daughter of Emil Jelleneck, a competitive rally driver, who insisted on naming the race cars and Daimler cars he bought and sold, "Mercedes." This was after Daimler reportedly already had sold rights to the Daimler name as well as vehicle designs. Also, Daimler is responsible for the famous three-pointed, circled star denoting the three areas of eventual business focus: land, sea and air. Mercedes-Benz Museum, Stuttgart, Germany. December 2009.

This entry was posted in Art and tagged Germany, Mercedes-Benz Museum, Stuttgart. Bookmark the permalink. Both comments and trackbacks are currently closed.